At CES, self-driving cars dazzle but wearable tech and the Internet of Things will be travel’s focus

At the Consumer Electronics Show in Las Vegas last week self-driving cars were the rage, but wearable tech and the Internet of Things will be a focus for travel businesses in 2015. Andrew Hennigan reports

Long established as the showcase for consumer technology, January’s Consumer Electronics Show in Las Vegas traditionally features a mix of future concept designs and real-world products. The 2015 edition last week was no different, but unusually this year much of the emphasis was on self-driving vehicle technology.

Mercedes-Benz presented their F015 Luxury in Motion concept, just before the show Audi sent an A7-based research car from San Francisco to Las Vegas and, perhaps more impressively, BMW’s i3 was parking itself automatically – something even human drivers find challenging in many cities. Slightly more down-to-earth, a startup called Gogoro presented an electric Smartscooter combined with public battery swap stations to provide urban areas with effectively unlimited range without waiting for batteries to charge. This concept is aimed at the public road but is also likely to be useful in large resorts and leisure complexes, displacing Segways. 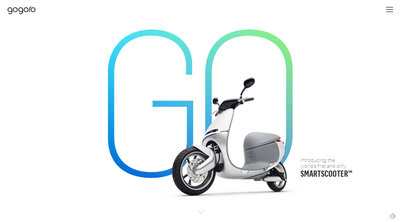 While we are waiting for the self-driving revolution to come to our streets there are plenty of other new developments that are likely to have a business impact for travel businesses this year, most of them in the fields of wearable technology and the internet of things.

Less glasses, more of everything else

Smart glasses, the most literally ‘in your face’ wearable (Goodbye to the gimmick and in with the year of truly ‘wearable’ tech?, EFT, February 2014), kept a relatively low profile at CES. Google’s own Glass was notably absent but Sony presented their Smart EyeGlass Attach device that clips onto any pair of sunglasses. Meanwhile Osterhout Design Group demonstrated smart glasses derived from military technology and Epson demonstrated new apps for their Moverio-BT200 smartglasses.

Much more activity this year was focused on the nearly ubiquitous fitness trackers. Both major companies like Garmin and startups like Fitbit presented a variety of activity tracker bracelets and smartwatches with embedded activity tracking features. Some retain the utilitarian plastic look of the early models while others are partnering with design houses and watch makers to create more stylish devices. At the other extreme, FitLinxx presented an unusual heart-rate monitor called Ampstrip that discretely attaches to the skin under clothes using a band-aid-like sticky pad.

Another approach to discrete wearable tech is Mota’s smart ring concept  – another area where fashion houses could play a significant role.

The Internet of Things

While more and more mobile functions are moving to wearable devices, internet connectivity has also come to many previously ‘dumb’ devices. Keelight was demonstrating a wifi-enabled multicolour smart light bulb that can be controlled remotely from a mobile app or a computer. At $99 it costs much more than a conventional bulb but it cuts the costs of installing lighting control schemes and the labour cost of manually adjusting lights. August’s internet enabled Smart Lock also allows users to control door locks with their mobile phone or wearable device. Both of these technologies are likely to be popular in the hospitality business in the near future. Some hotels already tested this approach, as reported in EFT in the March 2014 article Innovative gadgets drive exciting possibilities but fuel privacy concerns. 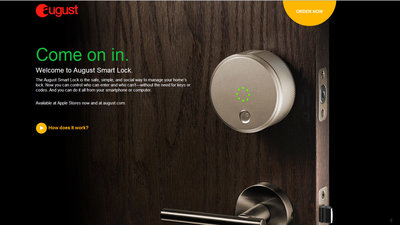 Many companies also demonstrated Internet of Things appliances like LG’s Hom-Bot connected robot vacuum cleaner. Unlike previous automatic vacuum cleaners Hom-Bot allows the owner to control operation remotely and monitor the area around the machine using video cameras originally intended for dust monitoring. This effectively adds a home security function plus a reassurance that all is well. A company called PetNet presented an Internet-connected pet feeder, so that owners can feed their pets and monitor their eating habits from anywhere.

But all IoT-enabled hardware has a dark side: the same Internet connectivity that allows the owner to control devices and read status remotely also allows the same access to potentially anyone in the world. This security risk is driving another emergent market for IoT security devices like BitDefender Box, a small box that filters external Internet access to protect IoT devices on your network. As more devices feature remote access this kind of technology is going to become a necessity.

With our new wearable mobile devices and an Internet of Things equipped world we will soon be able to monitor and control almost anything almost anywhere, though one rarely discussed question is when we will find time to do all this. But perhaps the answer lies in the smart vehicle technology. While we are being chauffeured around by a self-driving car we can be using our wearable smart accessories to check on our appliances and catch up with our notifications from the vacuum cleaner and the cat feeder.