The million-dollar question: which digital marketing trends to focus on in 2015?

Many new developments in social media and digital marketing will never take off but here are five that may just impact travel businesses in 2015. Andrew Hennigan reports

Every day there is something new in the world of social media and digital marketing. Many disappear without trace, while others remain niche products or services.  It’s tough for marketers to know where to focus their energy, so here are a few ideas.

5. Direct selling comes to social: One of the drawbacks of well-known western social media sites has been the need to link to another web page in order to make a sale. Last year, however, both Facebook and Twitter made the leap by testing  ‘buy’ buttons for commercial rollout in 2015. Facebook has been trialing sponsored content with some US companies since July 2014, while in September Twitter said it would embed tweets for selected companies. Having such a direct call to action from consumers will be popular with sellers but will also demand a shift in the way social accounts are managed. However, if you need proof that this will come of age, it’s already happening in Asia where social instant messaging apps like WeChat are already able to take payments.

4. Breaking the language barrier: The internet is the great connector of people but not everybody speaks the same language. Working around this language barrier is expensive but this year new tools look set to bridge the gap. Last year Skype began testing a real-time voice translation tool that can be used to simultaneously translate calls. And in January 2015 Google also released a new version of their popular Google Translate app which includes a similar bi-directional voice interpreting option. The new Google app also includes a function whereby you point the phone camera at a sign and it’s translated on the screen into your language. These apps are far from perfect but they are already usable and should improve as they collect user data. Watch this space! 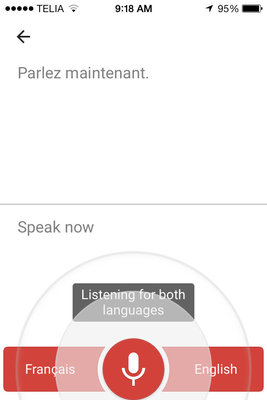 3. Proliferation of payment options: While language barriers are being dismantled new ones are appearing in online payment. First there were credit cards, then PayPal, then BitCoin. In 2015 there will also be payment schemes like ApplePay plus the presence of features in social sites, adding to the complexity. Snapchat has already introduced a payment system called SnapCash, allowing users, at least in the US, to send money to each other with a simple message. Meanwhile, experts looking closely at the Facebook Messenger app have discovered hidden features to support a Facebook payment option. This might make payments easier for consumers but it will complicate life for businesses. On the plus side, however, early adopters could gain competitive edge.  After all, the firm that allows people to pay any which way could easily take their business.

2. Wearables and the internet of things: This is debatable, and some people still think it’s early days but if you talk about something enough there is chance it may happen. Both new wearables like smart glasses and internet-of-things devices like home automation and appliances are beginning to interact more with social networks (At CES, self-driving cars dazzle but wearable tech and the Internet of Things will be travel’s focus, EyeforTravel January 15, 2015). Home automation systems like Google’s Nest already interact with mobile apps in smartphones, tablets and even cars, automating actions like the room temperature as the occupier approaches. Internet-connected fitness devices, locks, lights and appliances could make this more mainstream. 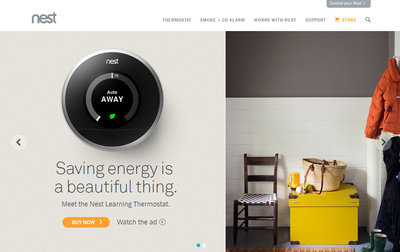 1. New social networks emerging: New social networks will emerge but the challenge will be to identify which will be the winners - that's rarely obvious. Back in 2006, who would have thought that Twitter would become a household name? Recent newcomers look equally unpromising. Ello, for example, will not accept advertising; Tsu shares advertising revenues with the users, while this allows just one post per day, challenging typical marketing models. Brands need to be prudent about which new networks to focus on and arguably they already have enough to do but that’s no reason be complacent.